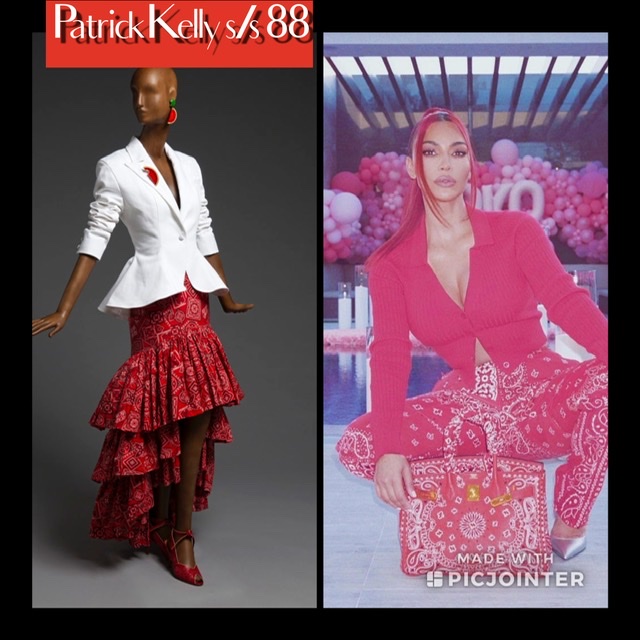 Late yesterday afternoon I saw several posts, and then a story in People Magazine talking excitedly about Kim Kardashian-West’s red bandana pants and Hermès Birkin bag. I wouldn’t be a good Kelly biographer and fashion historian and critic if I didn’t take a moment to put respect on the name of a designer who did it first, and in my opinion, best.

Red cotton plain weave bandanas were a reocurring fabric used in collection of the designer Patrick Kelly collections. For him, as evidenced in his larger commentary on Black history and culture, the fabric is resonant with histories of dress among enslaved and domestic servants, working class people, and protest. I wrote a chapter where I talk more in depth about Kelly’s use of bandanas for a forthcoming collection on Black fashion designers, so you’ll have to read more about that there when it is released next year. For now, here are some of my favorite moments when Kelly (and collaborators) used/referenced red bandanas:

Red leather mules made especially for Kelly’s s/s ‘88 collection by Maud Frizon DeMarco for Maud Frizon. The red leather is embossed with a design that effects the bandana print. (photo credit: Philadelphia Museum of Art) 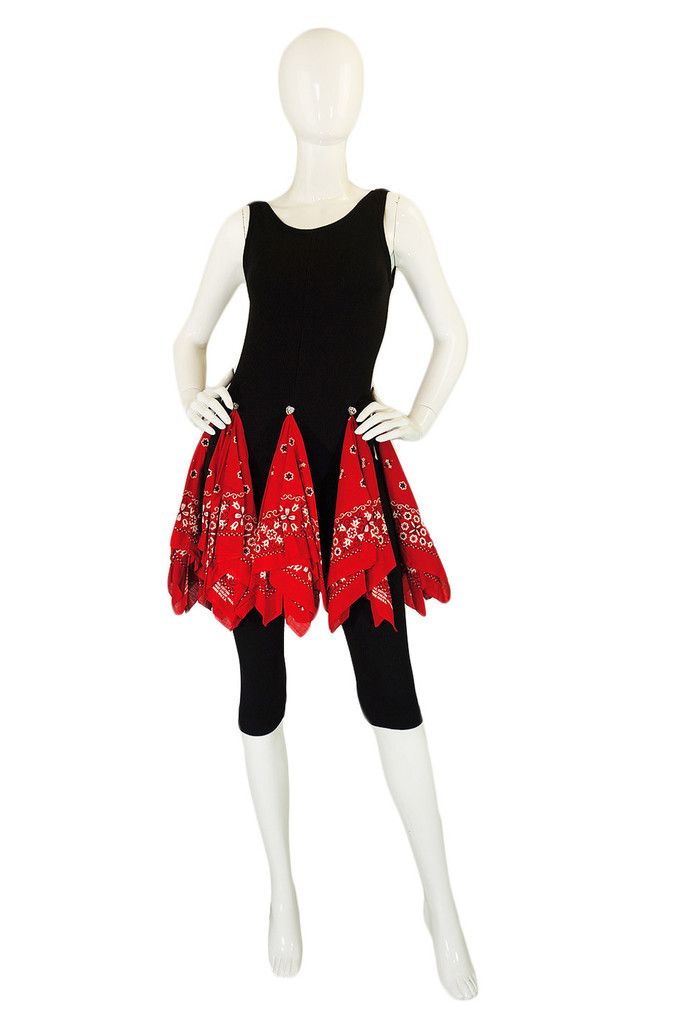 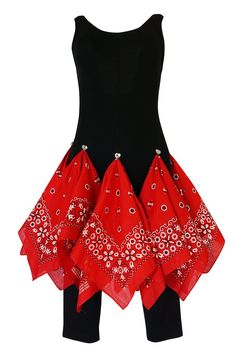 The red bandanas here are attached, again with rhinestone buttons, to the waist of a black jumpsuit. (photo credit: Shrimpton Couture) 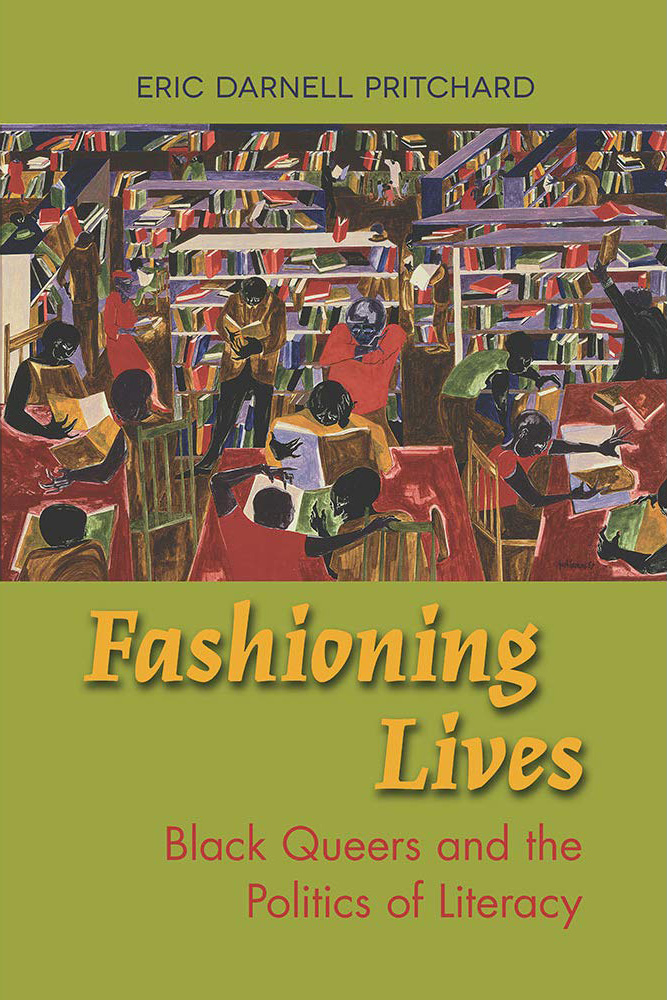 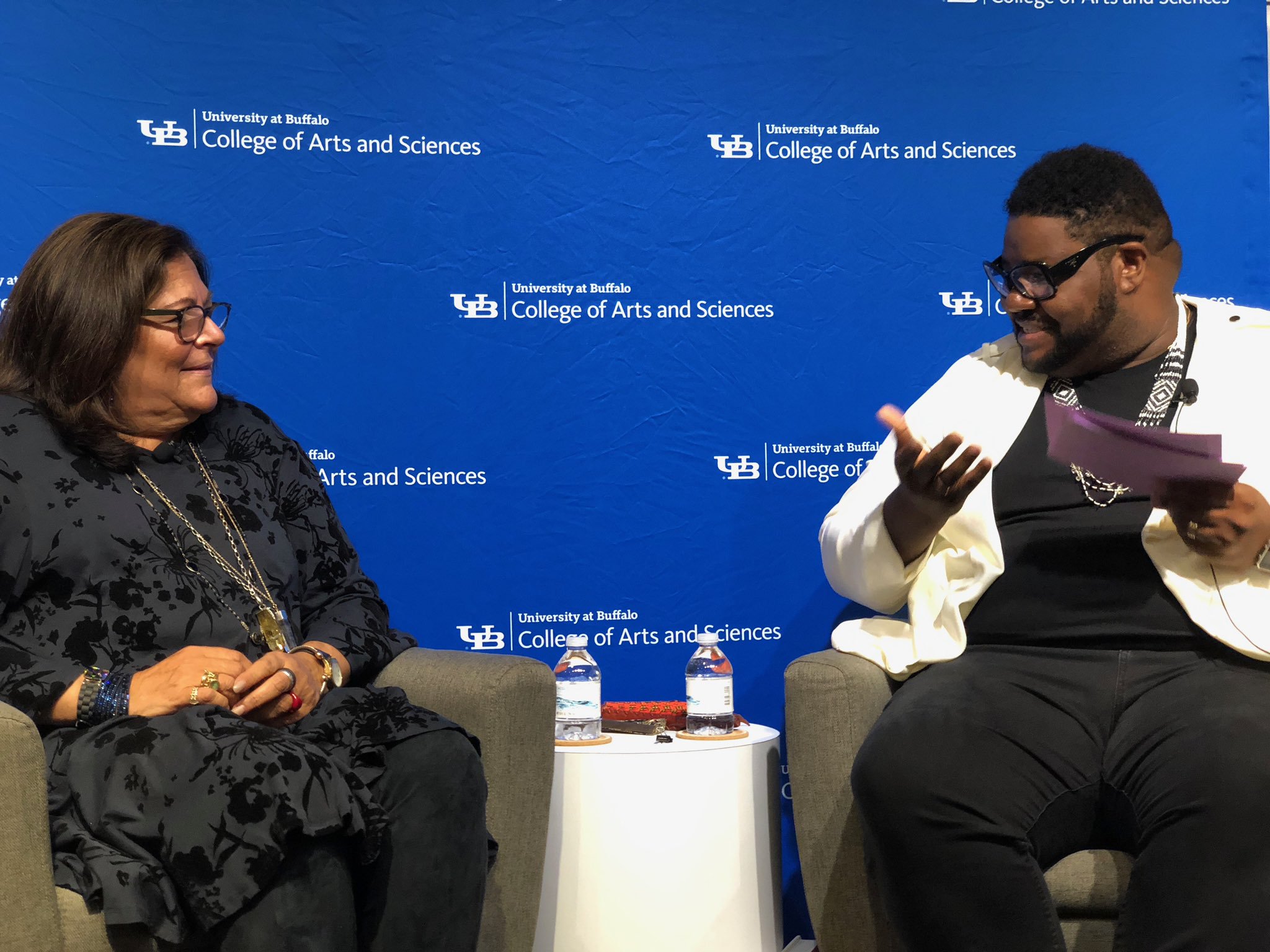 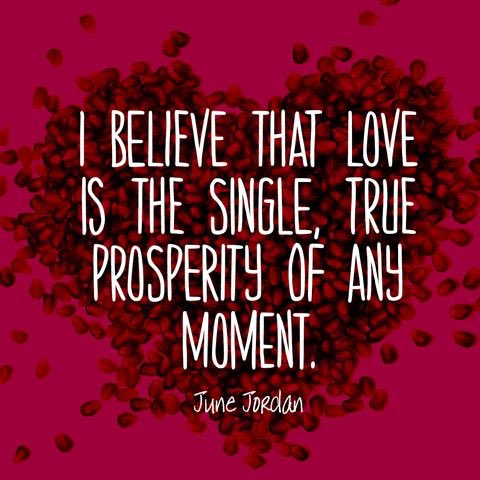